For Ministers Who Are Married

Wow, it was good to get back to my own home on the 31st—to stop worrying about whether someone was going to find my camp, or how cold it was going to get, or how much rain was in the forecast. I spent my first 36 hours back home with my wife, Vicki, and our dog, Annie; I think they missed me just a little bit. We also spent as much time as we could with our church community. A lot of times, we forget how important it is to spend time with people who will touch, pray, and agree with us. It’s so important to our healing from the battle scars of our special exploits—or just life in general.

My blogs have focused a lot on the effect that my couple of weeks of homelessness had on me physically, mentally, and spiritually. But the truth is, I wasn’t the only one being affected. Vicki was impacted just as much as me—and in some areas, maybe more. 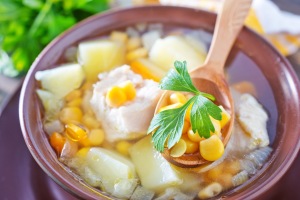 One thing I noticed was the change in her physical strength. While I was sleeping in my tent, writing blogs, and praying, she was at home proofing what I wrote, posting it where it needed to go, praying, and doing the writing, editing, and grant research that she normally does… and keeping the details of our home and lives going until my return. Also, Vicki has a tendency to not eat very well when I’m gone. (In fact, I made her a pot of soup just before I left to make sure her meals didn’t consist of popcorn and Cheerios the whole time I was gone.) But I wasn’t there to remind her to stop working and eat, or to leave her desk and rest her brain. So as the week progressed, I could hear this airy sound in her voice—the one that lets me know that she’s getting worn down. And her sleep started to be affected. Vicki normally needs to sleep at least eight hours to function. But the spiritual warfare she was encountering pushed her to the point where she was sleeping less and less. In fact, the 30 hours before I came home consisted of about an hour’s sleep for her, which amplified her getting worn down. Sometimes I wanted to go home and take care of my wife, but as I prayed I knew this was part of her journey, just like being cold was part of mine.

Sometimes, a person’s biggest distraction from God’s purpose is the wellbeing of those they care about. At least that’s been true for Vicki and me. Several times, one of us has had a task to do that we knew was God-ordained, and the other has gotten sick, or has had a bad day… or we’d argue about something silly.

When I came off the streets on Friday afternoon, I didn’t know which one of us was more battle-worn, or which one of us needed the most attention, prayers, and healing. So we prayed together, and served each other communion. I took a shower, we ordered a pizza, and then we cuddled on the couch with our dog and let God take care of us until the next day, when we saw our church family and got them to pray over us. For several days we continued to recover and let God restore us while we prepared for the next battle. 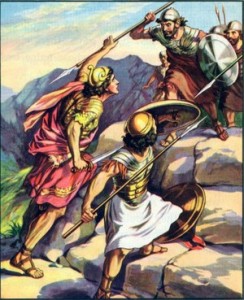 I said all that to say this: when you’re married, it’s never that just one of you is called to missions; you both are. While you might feel that one of you is called to the front lines (whether by pastoring a church, going on a mission trip, or choosing a life of service to God), the other is just as called, even if it’s to support you as an armor-bearer, if you will.

Remember: in days of old, when the warrior went to war, the armor-bearer got shot at, too.

Thank you, my wife and armor-bearer, for going to war with me.

You have Successfully Subscribed!